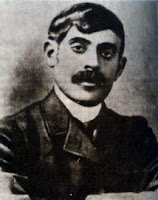 “If reformers were to wait for the approval of public opinion, the world would be the same as it was at the time of Adam and Eve” – Qasim Amin, Kalimat

Hello. It has been some time since we last corresponded. I see that it has been well over a year since you have written anything. I hope all is well.

Popular posts from this blog

If religion set the tone for the 15th century, extravagance and growing secularism set the tone for the 16th, giving rise to a Renaissance unparalleled in world history. The Italian Renaissance, founded on humanist scholasticism, brought forth a mental transformation, giving power to artistry, math, geometry, science, and reason. Da Vinci's Vitruvian Man and Michaelangelo's Pieta were products of this artistic enlightenment, but it was the British and German philosophers that would formulate the most mental change among Europe's literary elites. Men like John Wycliffe and Johan Hus would question Catholic dogma in the 15th century, leading one particular man, Martin Luther, to carry on where these men left off. Luther's reformation was a byproduct of growing hedonism in the Catholic Church. Ever since the Investiture Controversy of 1075, the Pope officially broke away from secular control and declared full power over spiritual and temporal matters, thus granting himsel
Read more 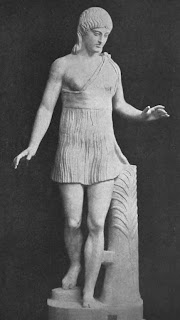 Patriarchal systems existed since paleolithic times, rendering the art of machismo and paternal power. Male dominance was defined by the patriarch as the fundamental unit of power in ancient society. The clan was only as strong as its male head of the household, building and influencing a generation of sturdy and brisk men who would soon take over the roles that defined them. However, if men inherited this machismo, women enabled it. Women were expected to tend to their men, submit to them, and raise them. But they also proved themselves the purveyors of this masculinity, sometimes engaging in cross-dressing practices, prostitution, and even serving in wars against enemy militias. Nowhere is this more evident than in ancient Spartan society. Spartan society stretched the envelope for women, displaying an implicit gender-bending reality in a society that Aristotle labeled "lawless". Furthermore, ancient Spartan women partook in many interesting social practices that people of
Read more

History of the Israeli-Palestinian Conflict 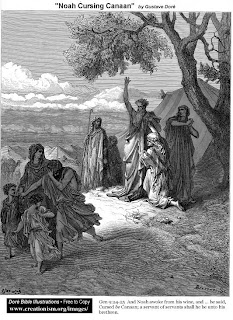 Very little is known about the true history of the Israeli-Palestinian conflict. Most historians and politicians like to surrender their hands in the air when this issue is brought up, wailing "Oh! This has been going on since the beginning of civilization!" Not true. Since the beginning of civilization, tribes roamed the area labeled, the Holy Land. This area stretched from northern Asia Minor, including Syria, parts of Turkey and Armenia and moving southward into Judah and Samaria, the area bordering the Sinai peninsula. Tribes of Amonites, Sumerians, Canaanites, Hittites, Assyrians, Phoenicians, and the list goes on. The Israelites were a brand of Canaanites who had been led by their father, Abraham, and promised a land unto themselves, the land of Canaan (aka, Israel today). Jews, as they ascribed religiously, believed in one God, a God who finally revealed Himself to them as YHWH under the leadership of Moses. This God was one who not only promised land to the Israelite
Read more

Rania Assily
Cleveland, OH, United States
Hello, I am a professor of history and have been teaching at the college-level in NE Ohio since 2006. My historical interests, teaching background, and research relates mostly to U.S. and World History. This is a free-speech forum that is meant to stimulate ideas on various themes in history. It's purpose is to respectfully express, analyze, criticize, and discuss various topics for the purpose of getting closer to truth as well as create sound understanding among individuals. Any rude or immature comments that have no relevance to the topics being discussed will be removed. Enjoy!